Persecution Blog: Martyrs Did Not Live and Die in Order to Be Admired

Martyrs Did Not Live and Die in Order to Be Admired 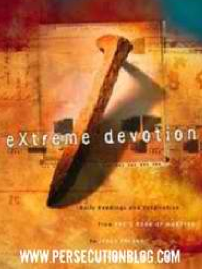 John the Baptist never failed to speak for righteousness. When King Herod Antipas put away his own wife to take the wife of his brother, John called his hand. He told Herod he would disobey God’s laws if he did so. Herod grew to hate John for his rebuke, but he also feared John because the people regarded him as a prophet. Herod wanted to kill John, but he dared not lay a hand on him and risk the public backlash. Under pressure from his new wife, Herodias, however, he did the next best thing to killing him put him in jail.

While in prison, John sent messengers to Jesus to verify that Jesus was the awaited One of whom he had prophesied. At Jesus’ assurance that he was, in fact, that One, John rested in the knowledge that his life’s mission was complete. The Messiah had come. John knew what happened to him now was of little consequence. All that mattered was Jesus.
At King Herod’s birthday, Queen Herodias sent her daughter to dance before him. When Herod made an impetuous oath to give the girl whatever she wanted, she shrewdly asked for John’s head on a platter. Herod, embarrassed in front of his guests, did not have the courage to refuse this outrageous request, so he had John beheaded.

Many admire their bravery and extol their courage, but martyrs did not live and die in order to be admired. It is possible to revere their stories so much that we lose sight of their lives’ purpose. Those who were killed for their faith died in order to exalt Jesus, not to eclipse him. One’s response to their lives should be a greater reverence for the Lord, not awe for flesh and blood. Your greater sense of commitment is not about what will bring you accolades. Your devotion is not about what will write your name into the Christian hall of fame. Your commitment must bring glory to Jesus and him alone.

Posted by The Voice of the Martyrs on September 17, 2012 at 02:52 PM in encouragement, Extreme Devotion | Permalink