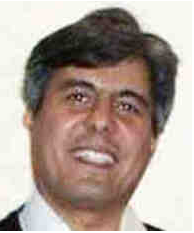 Please take a few minutes to pray today for Pastor Behnam Irani who has been in prison for his faith in Jesus.

In recent days it has been reported that he is in very poor health, and could die in prison.  Please also keep his family and church in your prayers.

Here is the PDF of our Be-A-Voice-Prayer Bulletin.  Here is also a small section of that bulletin:

Pastor Behnam Irani was arrested on April 14, 2010, during a house church service. Security officials interrogated believers and confiscated Bibles, Christian literature and DVDs. Pastor Behnam was detained for two months before being released on bail in June 2010. In January 2011 he was tried and convicted of crimes against national security, but he was not imprisoned at the time. On May 31, 2011, a warrant was issued for his arrest, so he turned himself in and began serving his one-year prison sentence, which was later changed to five years.

Posted by The Voice of the Martyrs on September 27, 2012 at 06:13 PM in Christian Persecution, Prisoner Alert | Permalink