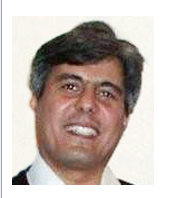 Last week VOM's Todd Nettleton was a guest on In the Market with Janet Parshall and he shared an update about Pastor Behnam Irani.  If you missed that radio show, please click here to listen.

Since we know that Pastor Irani is not doing well, I wanted to ask you all to take some time this week to write him a letter of encouragement.

He's been in prison for 442 days and every letter we can write, so that the Iranian government knows and those who are holding him in prison know, will help.

There is concern about Behnam's health and whether or not he will even be able to endure his full prison sentence, which is six years.

Here is more information from our Prisoner Alert page which we have set up for him.

Irani became a pastor in 2002, 10 years after becoming a Christian. Please pray for his wife and two children as they wait for him to return home.

You may also write a letter of encouragement to Pastor Irani to let him know you are praying for him. Please do not speak negatively of the Iranian government in your letter or mention the name of the organization that provided this information.

Irani is Ill - February 2012
The family of Behnam Irani are very concerned over reports of his ill health. He is experiencing some sort of intestinal disorder. His family is very concerned because his brother died from intestinal cancer. Please pray for his health, as well as for his family.

Pastor Irani Being Mistreated and in Poor Health
For the first few months of his sentence, Behnam Irani was held in solitary confinement in a very small cell. Afterward, he was moved to another small cell with other prisoners. The room was so full, the prisoners were not able to lie down to sleep, so they had to sit all day and night. The room also got very hot.

Pastor Behnam is now in a normal cell, but authorities have asked for him to be beaten regularly. All his hair has turned white, and his friends fear he may lose the use of his foot, due to a severe foot injury.

Please keep Behnam and his family in your prayers.

Please click here to write your letter today.  Thank you for taking action.