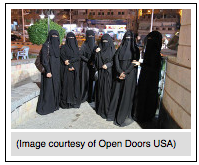 "Muslims in Mombasa put some of the blame on the government," Dykstra explains, "but also they attacked Christian churches and organizations."

Five Mombasa churches were attacked and severely damaged by rioters; a few worshippers were injured in the process. The National Council of Churches in Kenya (NCCK) offices were damaged as well.

"We have completely failed to understand the logic that made…demonstrators associate the heinous murder of Aboud Rogo with the churches," said Rev. Canon Peter Karanja, NCCK's General Secretary.

Dykstra said it's not unusual to see believers becoming the scapegoat.

"Christians are blamed for a lot of things," he stated.

Most attacks against Christians have been linked to al-Shabaab, the Somalia-based terrorist cell of al-Qaeda. Al-Shabaab has been growing at a steady rate along the border of Somalia and Kenya. Dykstra expressed concern about al-Shabaab's expansion.

"They've been increasing in power and influence on that border area."

As al-Shabaab's presence increases, it could become even harder for believers to share the Gospel in Kenya.

Al-Shabaab has expanded its hunt for Christians from Somalia to neighboring Kenya, and Rogo was an alleged al-Shabaab fundraiser and recruiter. Remember the July 1 attacks against believers in Garissa? Dykstra said Rogo supported them because he didn't want Muslims and Christians working together.

"He called that a really good happening, a good thing," noted Dykstra.

Within the last year, Christian aid workers have been killed and kidnapped. Two believers died at a Kenyan revival meeting when terrorists threw a grenade toward the podium. In July, gunmen attacked a Garissa church with grenades and then shot believers as they tried to escape. More than 60 were injured in this attack, and 18 believers died.

"The border area between Kenya and Somalia has become a dangerous place for the followers of Christ, as well as aid workers trying to help those caught in the chaos and poverty," said Carl Moeller, President/CEO of Open Doors. "As we have seen in the past, innocent believers are often targets of the extremists' rage.

"Please pray that the Christians there will stay strong in the faith and that rioting will come to an end." 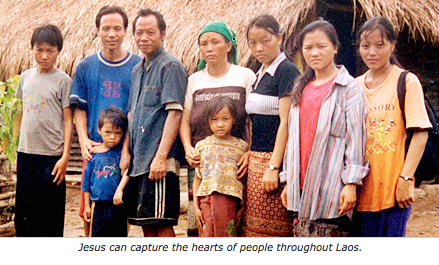 This weeks Persecution Podcast is now available to listen to and it will encourage you, if you listen.  I hope you take the time to listen.  Todd, Dory, and David share prayer updates for the countries of Nepal, Pakistan, Laos, and Israel.  As you listen, please pray and share the show with others.

Posted by The Voice of the Martyrs on August 31, 2012 at 05:32 PM in Christian Persecution, podcast | Permalink 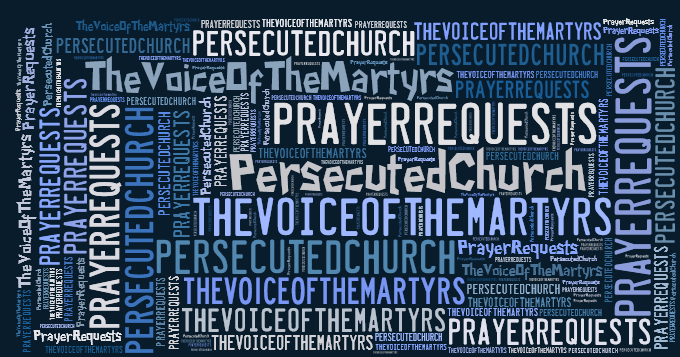 Thank you all for praying for this weeks important prayer requests!  Click here for an easy to print version.

Christians in rural parts of Nepal received 2,000 Bibles in August. For many, it was the first Bible they ever owned. “Every member of our church now has the Bible,” wrote one pastor in a thank you note. “As a pastor, it is very good to see all the believers carrying the Bible on Sunday and reading it at home every day.” Another pastor had only 35 Bibles for his church of more than 669 people. When VOM delivered 634 Bibles to him, he was amazed when he didn’t have to pay anything for them. One church member who received a Bible, Saramaya, described how her family now sits down together to study the word of God. “My son has been changed after reading the Bible. He loved Philippians 4:13.” Praise God for his provision through those who sponsored the Bibles and carried out the distribution.

Members of the Taliban kidnapped a young low-caste Christian man and held him captive for nine months. During that time, “Yousef’s” captors asked him over and over to give in and deny Christ. Though he isn’t bold by nature, Yousef, 28, never gave in, even after his cousin said he was interested in Islam and was released. At first, the Taliban members accused Yousef, a poor man of being a foreign spy. From August until October, he was beaten every few days. He was also tortured with simulated drowning. Finally, his captors realized he would not yield, so they released him near his hometown near the Afghan border. Dirty, smelly and barely able to walk, Yousef made his way back to his family. VOM’s Pakistan team visited his family last week, and Yousef “is in rough shape,” wrote our field worker. Pray for his recovery and for protection for his family.

A young Khmu woman has given in to pressure from her family to stop going to church and to stop talking to Christians. Seventeen-year-old “Phum” became a Christian after attending church with a friend in Oudomxay province. Knowing that her family would disapprove — especially her older brother, who works for the Lao Patriotic party — she tried to hide where she went each Sunday. After about two months, Phum’s family noticed her weekly disappearances. When they asked where she was going, she told them she had become a Christian. They tried to dissuade her from practicing her faith by giving her chores to do on Sunday, trapping her in the house and even beating her. They also burned her Bible and hymnbook. Phum resisted for several months, trying to sneak out of the house. Recently, however, she hasn’t been to church in several weeks and hasn’t spoken to believers. Please pray that her faith will remain intact as she goes through this difficult trial.

Pray for a VOM-supported evangelist who is reaching out to Muslims. Pray the support he receives will enable him to reach those who are seeking Christ.

Posted by The Voice of the Martyrs on August 31, 2012 at 05:22 PM in Christian Persecution, Intercessory Prayer | Permalink

A few days ago we shared with you an update about Rimsha Masih, a 14-year-old Pakistani teen with Down Syndrome and we shared with you that her lawyer was going to court with her today.  VOM contacts in Pakistan have reported back to us that the court hearing has now been changed to Saturday.  Please pray for Rimsha and her parents during this very difficult time.

Many on our VOM Facebook page have offered up prayers on her behalf.  You can join in adding your prayer here.

Fox News has also picked up this important story and you can read that article here.

Posted by The Voice of the Martyrs on August 30, 2012 at 07:04 PM in Christian Persecution, Rimsha Masih | Permalink

Here's a little of what is inside this bulletin: 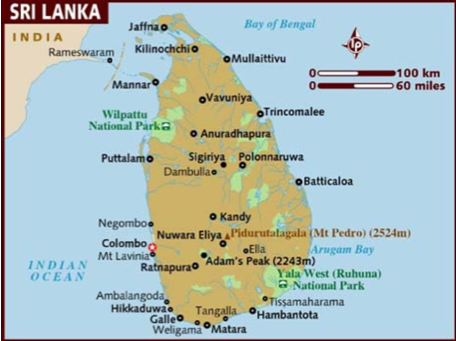 A pastor and his wife were attacked in Deniyaya on Aug. 9 after visiting a female church member. They were returning home on their motorcycle when a vehicle suddenly cut them off, causing the pastor's wife to be thrown to the ground. They were then attacked by a mob of about 40 men, including five Buddhist monks and a government official, shouting, "Attack them! Kill them!"

The pastor was repeatedly beaten, but he and his wife were able to escape. Although injured, he refused to go to the hospital for fear the attackers would find him and inflict further injuries.

Lawyers for Gao Zhisheng Barred from Visiting Gao in Prison

We have urgent breaking news from our friends at China Aid concerning the latest with Gao Zhisheng.

(Shaya, Xinjiang—Aug. 28, 2012) Two lawyers for jailed Christian lawyer Gao Zhisheng were denied a meeting with him Monday by authorities at the prison in far west China where he has been held since last December, following years of being “disappeared” into police custody.

ChinaAid learned that prominent Beijing human rights lawyers Li Xiongbing and Li Subin, engaged by Gao’s eldest brother, traveled Sunday from Xinhe county to Shaya county, in the remote part of the region of Xinjiang where Gao is being held. Along the way, they were stopped at a police guard post where their IDs were checked.

At 8 a.m. Monday, the two set off for Shaya prison from the county seat on the only road to the prison, which was fenced off on both sides by barbed wire. En route, they were stopped again for ID checks and an inspection of the trunks of their two vehicles. Upon arrival at the prison at 9 a.m., they made their request to see Gao to the police officer on duty at the desk, Dong Ping.  (Photo: Shaya Prison)

Click here to read the full article at China Aid. Yesterday I posted a quotable from Sabina Wurmbrand and today I have a great quote from The Voice of the Martyrs founder, Richard Wurmbrand. 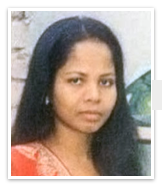 Today I want to thank you for visiting our blog because every day I try to post something that will offer you some encouragement and also challenge you to make a difference in your faith.

Please click here to write her today.  Please also share this request again and don't lose heart in doing good, because the bible says that in due time we will reap if we do not grow weary.

Posted by The Voice of the Martyrs on August 29, 2012 at 05:09 PM in Christian Persecution, Prisoner Alert | Permalink 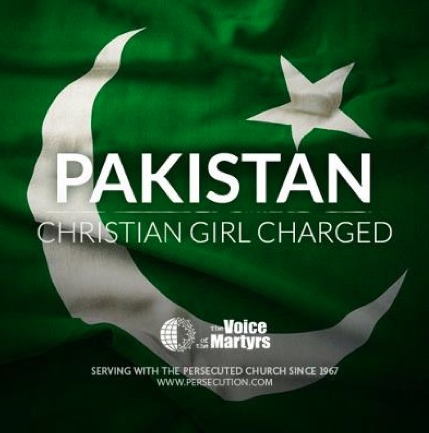 A young, physically-handicapped Christian girl accused of blasphemy waits to hear her fate in a high security prison in Rawalpindi, Pakistan. Rimsha Masih, a poor girl from a low caste family of Christian sweepers, was accused of burning pages containing Quranic verses. When rumors of the incident spread, hundreds of Muslim protestors surrounded a police station on Aug. 16 and demanded Rimsha face prosecution under Pakistan’s anti-blasphemy laws.

Under the laws, Rimsha could receive a death sentence if found guilty of insulting Islam. However, because of her age, the case was handed over to the juvenile courts, which are often more lenient. According to her lawyer, Rimsha could be granted bail at her next hearing. A hearing is scheduled to take place on Thursday.

The police First Information Report listed Rimsha’s age as 11, but a medical board said she was 14 and determined Rimsha has a degree of mental disability. She is believed to have Down’s syndrome.

There are conflicting claims as to how Rimsha found the papers, but when a Muslim neighbor accused her of desecrating the Quranic verses, more than 300 Muslims entered the predominantly Christian neighborhood in Islamabad, where the family lived. They surrounded Rimsha’s house and threatened to kill her. A VOM contact reported that they verbally abused Christians while chanting, “Kill kafirs!” (meaning, “Kill unbelievers!”).

The prayer leader of a nearby mosque stated that he saved Rimsha by leading her out of the mob and handing her and two family members over to local police. The mob then rioted around the police station. Fearing the mob would harm the family or destroy the police station, police charged Rimsha with blasphemy. Police held her two family members in protective custody before releasing them three days later.

Hundreds of Christians fled the neighborhood and sought safety in other areas of the city, including a tent city on some forested land. A makeshift church where the displaced held a church service last weekend was later burned down, and the Christians were forced off the land. About 50 families have since returned to the neighborhood, but shopkeepers are refusing to sell them food.

VOM staff in Pakistan are closely monitoring the situation. 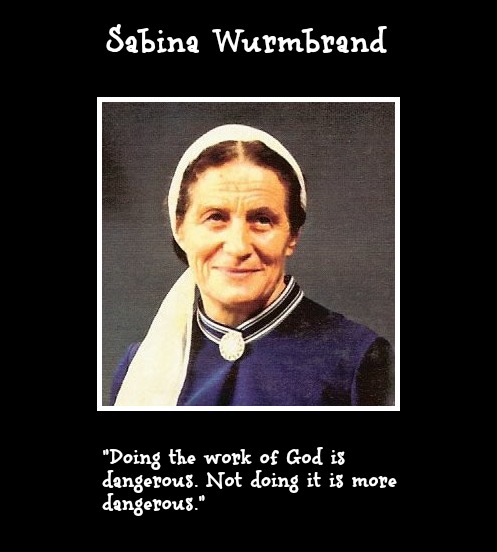