Persecution Blog: Posts from May 2012 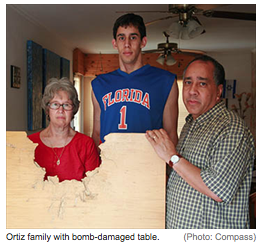 Ultra-right Jew who planted bomb ruled guilty but not responsible.

JERUSALEM, May 31 (CDN) — A Messianic Jewish congregation leader whose son was almost killed by a bomb planted by an ultra-right wing Jew said he feels like the Israeli criminal justice system has abandoned him.


On Monday (May 28), the Jerusalem District Court approved a plea agreement for the man accused of bombing pastor David Ortiz’s home, Jack Teitel, without consulting Ortiz or his attorneys, Ortiz said. The plea agreement is unique in that the court said Teitel committed the acts, but it did not hold him responsible for committing them.


Ortiz, leader of the Congregation of Ariel, said the prosecutor’s office has also consistently misled his attorneys about basic information on important court filings for the case. Teitel has multiple charges against him for several acts of violence, including two killings, but prosecutors in Ortiz’s case have sidelined or deliberately avoided him, Ortiz said. The Ortiz family opposes any plea bargain.


“They are doing it without any kind of consultation with us,” Ortiz said. “The victims are either supposed to either OK it or reject it. They can’t just make a plea bargain without consulting the victims. They are trying to ignore us.”


The prosecutor that is supposed to be protecting Ortiz’s interests is neglecting his duty, he added.


“He doesn’t want to be seen protecting Christians,” Ortiz said. “It doesn’t benefit him in society.”

Here is the latest VOM video which was posted on our You Tube page here. Make sure you click over and see some of our other videos, which will inspire you in your walk with the Lord and in prayer for the persecuted church. Here's the description of the video: Believers in South Sudan celebrated the founding of their new nation last year after it won independence from Arab- and Muslim-dominated Sudan. The Voice of the Martyrs continues to support Christians in South Sudan through community development efforts and by providing relief supplies and other needs. Our partner in the medical clinic wrote that "VOM continues to be a strong partner with [us] in Rumbek East County. Drug supplies are coming every year into our program from VOM with active transport to South Sudan."

Reaching Toward the Heights by Richard Wurmbrand 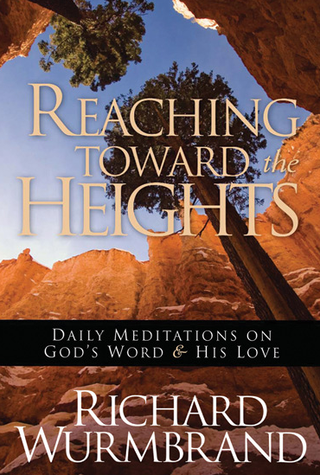 If you're anything like me, then I bet you really enjoy reading your bible and also a daily devotional book to get your mind focused on the things that matter.  Which is why today I wanted to introduce you to our current featured book by Richard Wurmbrand called Reaching Toward the Heights.

For only  $10 you can purchase this through our book store and help the persecuted church at the same time, while also being inspired and encouraged in your daily Christian walk.

Here's a little bit about the book:

Our savior suffered immensely for us. What are we willing to suffer for God? In this daily devotional, Pastor Wurmbrand reflects on his intense love for God born during his suffering. These devotions encourage us to elevate our relationship with the Lord.

With Father's Day and graduation just around the corner for many people, this also will make a lovely gift that will bless the recepient for years to come. 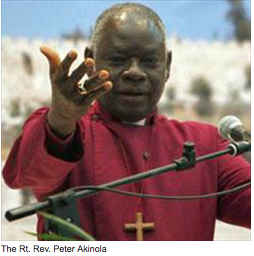 If you've been following the news in Nigeria for any length of time, then you know that it's been horrible for the people of Nigeria, especially Christians.  Here is a recent report from Compass Direct with some of the latest news.  Please pray for Nigeria.

JOS, Nigeria, May 29 (CDN) — In Nigeria’s Plateau state, Christian leaders said more Christians have died at the hands of Muslim extremists than the 35 that the military reported thus far in May.


A Compass reporter was among a group of journalists that came under attack from Islamic extremists this month. In three local government areas in Plateau state, armed Fulani herdsmen attacked 15 Christian villages, killing and maiming Christians, destroying homes and leaving more than 1,000 villagers displaced, sources said.


Villagers said the attackers were Muslim Fulani herdsmen likely supplied and instigated by Islamic extremist groups. Sources told Compass that Muslim gunmen invaded Rinyam village on May 9 at about 12:30 a.m. and shot seven Christians in their homes, though increasingly assailants are using only machetes and knives to avoid notice by soldiers charged with keeping order.

Today I want to thank all of you who have taken the time to write Pastor Youcef since the last time we encouraged you to write.

As of today, Pastor Youcef has spent 962 days in an Iranian prison, with a death sentence hanging over his head, for the "crime of blasphemy".  And during the time he's been in prison, he's been tempted by his captors to recant his faith in Christ, he's been vilified in the media and he's stood firm for Christ and not denied him.

Will you please join us in writing him today.  We've had 7690 letters already written to Pastor Youcef, but we are still praying that we will get 10,000 letters of love and support sent to him.  Will you write him today?  It's so easy, just click here and write him.

And don't forget to  pray today for Pastor Youcef's release from prison, as well as all prisoners who have been taken captive because they are followers of Jesus.

Posted by The Voice of the Martyrs on May 30, 2012 at 05:33 PM in Christian Persecution, Prisoner Alert | Permalink

Are You Praying for the Persecuted Church?

Today I'd like to remind you that we have some really great online classes in our VOM Classroom and we'd love for you to join us.

The VOM Classroom provides an opportunity to learn about the persecuted church through FREE online classes, such as Muslim Evangelism Foundational Understandings:The Truth of the Gospel, Intercessory Prayer for the Persecuted Church, and Biblical Studies in Persecution and Suffering: Old Testament (Open Classroom).

We also have new classes that will be offered soon.

And, in case you feel like you have to be around for a certain day and time, the good news is that all  classes are self-paced, and let me say it again, now all classes are also FREE. Yeah!

So what are you waiting for?  Click here to start your education today!

Tags: Persecution classes, The Voice of the Martyrs, VOM Classroom 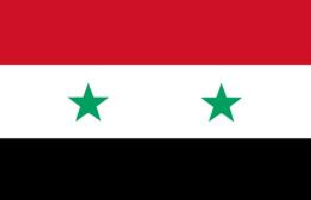 Syria (MNN) ― Western nations including Australia, Britain, Canada, France, Germany, Italy, Spain, and the United States announced the expulsions of Syrian diplomats after a massacre in that country over the weekend. The coordinated attacks left more than 100 dead; a little over 30 of them were children. French and Australian leaders called President Assad a murderer and vowed to hold accountable those who were responsible for the atrocities.

Voice of the Martyrs Todd Nettleton says, "The violence seems to just be escalating."

While this latest attack is tragic, one thing is certain, says Nettleton. "We haven't seen a lot of Christians being targeted specifically because they are Christians. There have been a few instances where we've seen that, but it hasn't been widespread at this point." He believes it's the result of more political upheaval and two political factions fighting against each other.

Nettleton says Christians have not been publicly critical of Assad, and that could cause problems. "So you have people who look at that and say, 'Well, look: the church is on the side of Assad in this conflict. And really, what the church wants is the freedom to hold services, to be protected, to be safe. They have identified with the government because the people in control could offer them some sense of safety, some sense of protection."

While there is fear and uncertainty, Nettleton says Syrian Christians are telling him, "You can plant a church in a day because there is so much hunger for the Gospel. [People are] worried. They're thinking about eternity. And so, there is a great mission field, even though it's happening within the context of violence war and uncertainty."

Voice of the Martyrs is involved with Syrian Christians, says Nettleton. "We are working with the church. We are working to provide Bibles and support [believers] even as they're doing outreach, even as they are planting churches and reacing others with the Gospel message."

You can support the persecuted church in Syria and around the world. Click here.

Posted by The Voice of the Martyrs on May 29, 2012 at 04:47 PM in Christian Action, Christian News, Christian Persecution, Mission Network News | Permalink

Tags: Mission Network News, Syria, The Voice of the Martyrs

Video: What Did He Die For?

On this Memorial Day, we remember all of our veterans who have served all over the world. We also remember Him who died in our place. Enjoy this classic song from Twila Paris. Have a safe Memorial Day.