« Help Us Write 5,401 Letters to Pastor Youcef Nadarkhani | Main | Have You Downloaded Our Apps in the iTunes Store or Android Marketplace? » 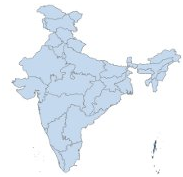 India (MNN) ― Anti-Christian sentiments appear to be on the rise across India.

Voice of the Martyrs, Canada says in recent months there have been three brutal attacks on believers in three separate Indian states.

Just before that, Hindu extremists disrupted a prayer service in Pandhi village in Chhattisgarh state. For two days the attackers threatened and assaulted attendees with their fists and leather belts. They also tore down the believers' tent.
In a third atrocity, a group of Christians in Haibasa district in Jharkhand state were forced to leave their village after a series of attacks by local villagers. In the last of the attacks, a violent mob shut down all exit points to the village before assaulting Christians with iron rods, axes, arrows and other sharp weapons, severely beating four Christians.

Other believers, including children, were locked in a room where the assailants attempted to burn them alive. Thankfully police arrived before they could carry out the murders.

The Christians took refuge at a local church but at last report are living without necessities, says VOM.

Out of India's 1.2 billion person population, only about two percent follow Christ, Believers-- like the ones mentioned--are often met with hostility. Pray that Christians in India will find strength in Christ to bear the persecution and to continue to proclaim the Kingdom.

Pray for the safety and peace of the victims of these recent attacks. Pray that their attackers might come to know the Lord.