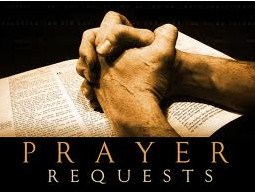 Psalm 146:6-8
Who made heaven and earth,
The sea, and all that is in them;
Who keeps truth forever,
Who executes justice for the oppressed,
Who gives food to the hungry.
The Lord gives freedom to the prisoners.

The Lord opens the eyes of the blind;
The Lord raises those who are bowed down;
The Lord loves the righteous.

Within the next few weeks, VOM will provide medical checkups and any necessary treatment to four recently released Christian prisoners. The four men, who had been serving sentences of nine to 10 years each, were among 10,244 prisoners released in celebration of Vietnam's National Day on Sept. 2, 2011. One prisoner who was not released was 65-year-old Father Nguyen Van Ly. Father Nguyen received an eight-year prison sentence in 2007 but was released in March 2010 on medical parole after suffering three strokes. One year later, the government insisted that Father Nguyen return to prison, and on July 25, 2011, he returned to complete the remaining five years. Father Nguyen requires ongoing treatment for his health problems, which include a brain tumor and carotid atherosclerosis. Thank God for the release of the four Christians, and pray for their successful return to church and family life. Pray also for Father Nguyen's release and health.

Joshua 10:25
Then Joshua said to them, "Do not be afraid, nor be dismayed; be strong and of good courage, for thus the Lord will do to all your enemies against whom you fight."

Members of the leftist FARC guerrillas have prevented VOM evangelist "Rolo" from entering La Macarena region with items such as radios, Bibles and Christian books, as violence in the area increases. "Aside from closing churches, they are burning buses" that try to come to the region, a VOM worker in the region said. "There are other towns that have the same problem right now," our worker added. Please pray for believers in the region around La Macarena, that God will preserve their lives and give them courage.

Psalm 121
I will lift up my eyes to the hills—
From whence comes my help?
My help comes from the Lord,
Who made heaven and earth.

He will not allow your foot to be moved;
He who keeps you will not slumber.
Behold, He who keeps Israel
Shall neither slumber nor sleep.

Police beat and arrested a church leader in Khartoum recently, amid increasing harassment of Christians in Sudan following the 2011 secession of the largely Christian South Sudan. Evangelist James Kat of the Evangelical Church of Sudan was arrested Jan. 17 on charges of using church property as his home. He was released on bail the same day. In a Jan. 3 letter to leaders of the Sudanese Presbyterian Evangelical Church, Sudan's Ministry of Guidance and Religious Endowments threatened to arrest all pastors who carry out evangelistic activities and fail to provide contact information for church leaders. About 350,000 people, most of them Christians, fled to South Sudan after its secession, and Christianity is now regarded as a foreign religion in Sudan. Pray for the few remaining believers in the north.