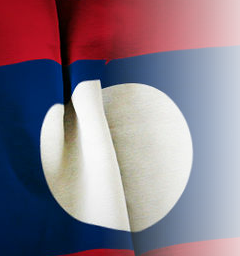 Six church leaders in Laos remain in prison after the local security force raided their Christmas celebration on Friday, Dec. 16. Under the Boukham village chief’s orders, eight church leaders were arrested and immediately escorted to the village government house. Four of the eight leaders were handcuffed and their feet placed in stocks, which are planks of wood fastened to the wall. Family members delivered blankets to the prisoners that night.

“Seven of the eight leaders initially detained in Boukham were on a police list to be arrested for the Christmas event,” a Human Rights Watch for Lao Religious Freedom (HRWLRF) spokesman told Compass Direct News. “The police had been following them because they were actively building the church and spreading the faith. However, Kingmanosorn was not on the list.”

The LEC asked the other seven to admit they were guilty of violating the village’s law by conducting a Christmas worship service. According to HRWLRF, village leadership does not allow Christianity in the village because it offends the village’s spirit religion. When the Christian leaders refused to admit guilt, they were all placed in handcuffs and stocks.

Although one leader was released by Dec. 23 after paying a fine, the remaining six are still in prison. “Their situation will likely get worse unless we have God’s intervention,” a VOM contact wrote.

In the past few years, many Christians in Laos have faced imprisonment, experienced family or village rejection and received threats because of their faith. Many Laotians consider Christianity a “Western” religion and a threat to Laotian identity.