Persecution Blog: Is Your Weapon Hidden in Your Heart?

« Remember Li Ying With a B.A.S.I.C. Bracelet | Main | Can Evangelicals Save North Korea? »

Is Your Weapon Hidden in Your Heart? 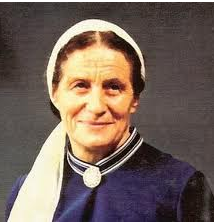 At 5:00 A.M. they heard pounding on the door and immediately knew it was a police raid. Sabina’s husband was already in prison, and she worried about the fate of her young son if she were taken away, too. So when the Romanian police burst in early that morning, shouting and intimidating her houseguests, Sabina quietly prayed and committed herself and her family to God’s care.

They demanded, “Sabina Wurmbrand? We know you are hiding weapons in here. Tell us where they are!” Before she could argue, they were throwing open trunks and closets, and emptying drawers on the floor. They kept shouting, “So, you won’t show us where the weapons are hidden? We’ll tear this place apart!”

Sabina, struggling to remain calm, said simply, “The only weapon we have in this house is here,” and picked up the Bible from under their feet.

The officer replied, “If you don’t tell me the truth, you will have to come with us to make a full statement about those weapons.”

Sabina laid the Bible on the table and responded, “Please allow us a few minutes to pray, and then I will go with you.”

As Sabina was led away, she mourned the loss of her “weapon,” her Bible, but gained strength from knowing that she had hidden its words in her heart, where they could not be confiscated.

There is only one offensive weapon listed in the description of what is commonly referred to as the armor of God. In Ephesians, Paul lists defensive measures in a Christian’s faith, represented by a helmet, a breastplate, a belt, a shield, and protective shoes. However, he encourages only one offensive weapon: the Word of God. It is the weapon of choice. As an ancient soldier would depend on his sword, so we must depend on the sharp edge of Scripture to clear a path for our safety. Sadly, too many Christians are left defenseless in a spiritual struggle. They have not memorized the Bible like Sabina; they are unable to draw upon its strength. Don’t be another spiritual casualty. Take up your sword today.