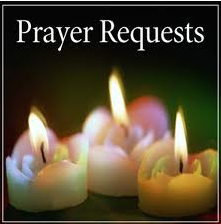 Thank you all for praying for this weeks prayer requests.  Please share them with your friends, family and church.  Your prayers do make a difference.  God bless you.

Psalm 23:4
Yea, though I walk through the valley of the shadow of death,
I will fear no evil;
For You are with me;
Your rod and Your staff, they comfort me.

MacArthur Arbado, an elder at the Bible Baptist Church in Carmen, Cotabato, was murdered on Nov. 10, 2011, as he returned to his farm. The attackers shot him in the leg, back and abdomen before decapitating him with his own machete. MacArthur leaves behind his wife, Lolita, and 13 children. Although his farm was surrounded by land owned by Muslims, he had a good relationship with his neighbors. He learned to speak their language and was called “uncle” by many. Often his Muslim friends tried to convert him to Islam, but he stood firm in his faith and talked with them about Christianity. MacArthur’s killers are thought to be members of a separatist Muslim group in the area. VOM has met with MacArthur’s family and provided some assistance. Please pray for Lolita, her children and the church.

Romans 8:15
For you did not receive the spirit of bondage again to fear, but you received the Spirit of adoption by whom we cry out, “Abba, Father.”

Buddhists in Nepal expelled a pastor and other believers from their village last week and sexually abused a 6-year-old girl. The Buddhists accused the pastor of bringing a foreign religion to the village and of promoting teachings against society. They also accused Christians in the village of converting others by force and enticing villagers to convert by offering them money. A VOM worker helped resettle the families in another village and connected them with a local church. He also prayed with the family of the girl who was abused. In a separate incident last week, police discovered a crude bomb in front of a Christian organization’s office in Kathmandu. The bomb did not detonate and no one was harmed. A pamphlet left by the bombers (allegedly members of the Nepal Defense Army) stated that Nepal should be a Hindu kingdom and that all Christian activities should stop. Area Christians are understandably nervous. Pray that they will trust God in this situation.

1 Corinthians 10:13
No temptation has overtaken you except such as is common to man; but God is faithful, who will not allow you to be tempted beyond what you are able, but with the temptation will also make the way of escape, that you may be able to bear it.

Three Iranian pastors have been called to report to prison in Shiraz within the next 30 days. Pastor Parviz Khalaj was convicted of committing crimes against the order and sentenced to two years in prison. He has a wife and a 10-year-old son. Pastor William Belyad was also convicted of crimes against the order and was sentenced to five years in prison. William is also married and has a 1-month-old son. William’s wife, Nazly, was arrested with him but has not been called to serve a sentence yet. Pastor Behrouz Sadegh Khandjani was sentenced to one year in prison on the same conviction. He and his wife have a 7-year-old daughter. A fourth leader, Mehdi Foroutan, was arrested at the same time and has already reported to prison. Pray that these brothers will remain faithful and that they may be released from prison early. Thank God that William’s wife, Nazly, has not been called to serve jail time.