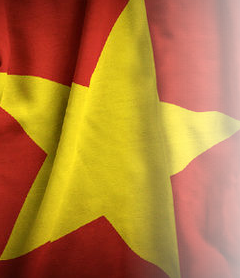 On Nov. 13, on the International Day of Prayer for the Persecuted Church, a gang of men attacked leaders from the Agape Baptist Church who were participating in a spiritual renewal meeting at an evangelist’s home near Hanoi. One pastor was left unconscious for hours after the attack, and several others were seriously injured, including women and teenage children.

The gang attacked the church leaders in Lai Tao village at 9:30 a.m., a local source told Compass Direct News. Five male and four female pastors were severely injured, along with other church leaders and several of the leaders’ teenage children. The gang also smashed a dozen plastic chairs, overturned a pulpit and removed a cross from the house before throwing it into a nearby pond. They stole valuable parts from four of the pastors’ motorcycles before smashing the motorcycles.

To prevent Christians from escaping, some gang members ran outside and attracted a large crowd by yelling, “The Christian pastors are savagely beating up people!” The church’s head pastor, Nguyen Cong Thanh, rushed to the home when he heard of the attack. “All they could do was weep, and I also could not prevent my tears from flowing,” Thanh said. “All we want to do is gather people to worship and serve God and our fellow men.”