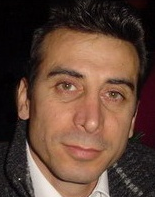 We are very happy to share with you today that one of our prisoners that we've been highlighting on Prisoner Alert.com has now been released from prison!

According to the Farsi News Network website, Vahik Abrahamian was released on August 29th.  Note: The Voice of the Martyrs has not yet publicly confirmed this report.

Here is part of the report from the Farsi News Network:

As per Farsi Christian News Network (FCNN) report from Iran,  after enduring approximately one year of imprisonment, Vahik Abrahamian was released in the morning of Monday 29th August and has now joined his family.

Pastor Vahik Abrahamian, an Armenian Christian, was arrested by security agents, together with his wife Sonia Keshish Avanessian, on Saturday 4th September 2010, in his home in Hamedan.

Pastor Vahik & his wife, together with family friends, Arash and Arezou were all held for 44 days in solitary confinement in the ministry of information’s detention centre! In this period all were subjected to intensive interrogation and severe mental and psychological torture without any permission to contact family or friends.

They were then moved to the Hamedan prison’s general ward and after 8 months of ordeal they were proven not guilty in a court hearing and subsequently Sonia, Arash & Arezou were released on 30th April 2010 but Pastor Vahik was held back until now.

During his one year imprisonment, FCNN obtained reports of his pour health and prison’s deplorable hygiene conditions which made family, friends and entire Christian community extremely concerned.  This anxiety was heightened upon release of the three other prisoners. The Christian community worldwide, particularly the Iranian Christian community has been faithfully holding Pastor Vahik in prayers.  The news of worldwide prayer was a cause of comfort and strength and encouragement for the immediate family in Iran and overseas.