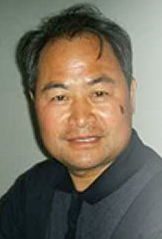 In another example of the ongoing crackdown against house churches in China, house church pastor Shi Enhao was sentenced to two years in a labor camp last month. Pastor Shi, who serves as deputy chairman of the Chinese House Church Alliance, was charged with “illegal meetings and illegal organizing of venues for religious meetings.” The charges stem from the fact that Pastor Shi’s house church of several thousand meets in different sites around Suqian city.

Pastor Shi was detained on May 31 by police in the coastal city of Suqian, Jiangsu province, and held for 12 days before being detained on June 21 by the Suqian Public Security Bureau. The Domestic Security Protection Department also ordered his church to stop meeting and confiscated the congregation’s car, musical instruments and choir robes, as well as 140,000 yuan ($21,712.50) in donations.

Pastor Shi’s case shows that the government is targeting even house churches that do not gather in one location for worship. Shouwang Church in Beijing is engaged in an ongoing 15-week standoff with authorities over their meeting site. Critics of Shouwang have said that house churches that meet in smaller groups can avoid conflicts with authorities, but Pastor Shi’s case proves otherwise.

Pastor Shi and his wife, Zhu Guangyun, are both 55 years old. His 86-year-old mother, Liu Guanglan, requires constant care, which is provided by Pastor Shi’s wife. Pastor Shi’s son, Shi Yongyang, and his wife are both in full-time ministry. His son signed the sentencing paperwork at the police station, but police refused to give him a copy of the signed documents. All three of Pastor Shi’s daughters and their husbands have been threatened by police.

The sentence of two years of “re-education through labor” is an extra-judicial punishment that can be issued by police; it requires no trial, no conviction of a crime and no review by a court or judge. It is often used as punishment for those who have committed minor criminal offenses or for dissidents and adherents of religious groups, such as house church Christians and Falun Gong practitioners.

The chairman of the Chinese House Church Alliance, Zhang Mingxuan, also known as “Pastor Bike,” has been arrested multiple times.

Ninety Christians have been arrested in Eritrea in the last two months, as authorities continue a campaign against Christians that began in December. Six of the 90 arrested have been released, but the location of the other 84 is unknown.

On June 2, 2011, police arrested 26 college students from Mai-Mefhi College of Technology. Students were not given a reason for their arrest, but Release Eritrea reports that the students may have been arrested because they did not participate in Independence Day Celebrations. In May, 64 Christians in a village near the Eritrean capital of Asmara were arrested and detained at Asmara’s 6th Police Station.

Sources believe the arrested Christians either remain at the police station or have been moved to Mitire Prison in northeastern Eritrea. Mitire is a remote military prison that is notorious for torture and its harsh living and working conditions. Former Mitire prisoners told Christian Solidarity Worldwide that Mitire is an open-air facility in the desert, where prisoners are terrified by poisonous snakes. Prisoners receive very little food and are forced to work constructing buildings for officers. Because there are no medical facilities, most prisoners leave Mitire after they become too sick to work.

In May 2002, the government of Eritrea banned all Christian groups that do not belong to officially recognized churches. As a result, the Eritrean government has imprisoned several thousand Christians, making the country one of the harshest persecutors of Christians in the world. Many Christians imprisoned in 2002 remain in detention and have never gone before a court. At least 16 Eritrean Christians have died in custody since May 2002, mostly due to torture, treatable illnesses and malnutrition.

South Sudan officially gained independence from Sudan on July 9, becoming a new nation. The secession follows a long history of violent conflict, including two civil wars between the largely Islamic north and the Christian and animist majority in the south. Christians, in particular, have endured severe oppression. Although many have expressed hope for a more peaceful future, it is clear that Christians on both sides of the new border remain at risk. Violence erupted in several areas in the months leading to South Sudan's independence. Government agents and Islamic militants looted churches and killed Christians in parts of South Kordofan state. Many are concerned that churches in Sudan may face further restrictions on freedom of worship if the government implements a strict form of Islamic law. As Christians continue to flee to South Sudan, it is also feared that believers who remain in the north may be especially vulnerable to violence, pressure and accusations of defaming Islam. Pray that Christians in both Sudan and South Sudan will continue to entrust themselves to Christ, knowing that he is sovereign over kings of the earth.

Christians are fleeing the northern city of Maiduguri amid threats of further large-scale attacks by Islamic extremists. Most churches in Maiduguri have been boarded up and are under police or military guard as rumors spread that Boko Haram militants are planning a "massive attack" for the end of July. The widely anticipated assault would mark the two-year anniversary of the death of the group's founder, Mohammed Yusuf, who died in police custody. Church attendance in Maiduguri has reportedly fallen dramatically following a series of bomb attacks on churches there. Leaders of the Christian Association of Nigeria have advised churches to suspend or reschedule services, and several have changed service times to try to outwit potential attackers. Church leaders fear that this extremist threat could deepen the divide between Christians and Muslims in Nigeria. "This Boko Haram has to be dealt with before they plunge the entire nation into a very serious crisis," a church leader in Maiduguri told Compass Direct. Pray for the safety of Christians in Maiduguri, and pray that Muslim extremists will see that they can be reconciled to God only through Jesus Christ. 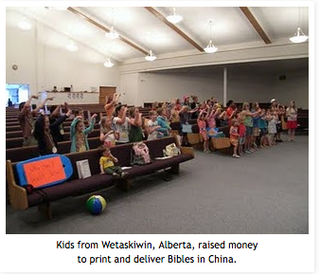 Our sister ministry, The Voice of the Martyrs Canada, has a really cool post on their blog today, about how children learned about being a missionary by helping to raise funds for bibles in China.

It has been quite some time since we've shared about the DVD series Underground Reality, so today I thought I'd share it with you again, since it's summer and you may be interested in purchasing the DVD's for your summer time enjoyment.

What is cool about the Underground Reality series is that we have two countries where a team has gone in and given out the Word of God.  Underground Reality Vietnam was the first adventure our team went underground to minister to the church, and then there was Underground Columbia which was also an amazing adventure and learning lesson for the team.

Here are the two video trailers for each country.  If you'd like to get these exciting DVD's, click here as we have a special package price for them together.

And here is the Underground Columbia trailer

Many Christians have fled the city of Maiduguri in northern Nigeria, fearing large-scale attacks by Islamic extremists after months of escalating violence. In the past few weeks, church attendance has dropped drastically and police have boarded up many churches and placed them under police or military guard, according to Compass Direct News. Leaders of the Christian Association of Nigeria (CAN) have advised churches that remain open to suspend or reschedule services to outwit potential attackers.

Christians who remain in Maiduguri are bracing for a massive assault at the end of the month. The Islamist sect Boko Haram is expected to launch a large-scale attack to commemorate the two-year anniversary of the death of Boko Haram founder Mohammed Yusuf, who died while in custody. The sect recently issued a declaration warning Nigerians to avoid Christians, security agents and government officials or risk death.

“This Boko Haram has to be dealt with before they plunge the entire nation into a very serious crisis,” a church leader in Maiduguri told Compass Direct News.

Christians began streaming out of the region after a recent series of attacks and church bombings, for which the militant group Boko Haram claimed responsibility. On Tuesday, July 5, 2011, Boko Haram militants bombed two churches. And on the weekend of July 9 and 10, more than 30 people were killed and 20 homes burned in Maiduguri.

“It is difficult to estimate the number of dead or injured, as people are presently on the run,” a member of the Stefanos Foundation reported.

Ayo Oritsejafor, president of CAN, said he thinks Boko Haram militants have compromised or penetrated security forces to carry out their terrorist attacks. “The way and manner this is happening shows that some of our intelligence security operatives have either been compromised, or their rank-and-file are already infiltrated by members of this Islamic sect,” Oritsejafor told Compass Direct.

CBN News has a nice video report of the recent murder convictions, where Pakistan Christians were given the victory. Shaheryah Gill explains more about this vital verdict in the video.

Have you ever been sitting around with your buddies or family and telling them about the ministry of The Voice of the Martrys, and yet wish that you had something to share with them so they could know more?

If so, you are going to be so excited to hear about the FREE Share Their Voice Kit that you may order today.

All you have to do is click here to order your FREE Share Their Voice Kit.  Here's what you'll receive:

Your friends will be moved by the testimonial DVD which includes some of our best stories from Sudan to China. They will be ready to act after viewing the DVD highlighting ways to get involved in VOM’s global ministry. The kit also includes 10 brochures, each with an offer for a FREE gift from The Voice of the Martyrs.

Tomb of St. Philip the Apostle Discovered in Turkey 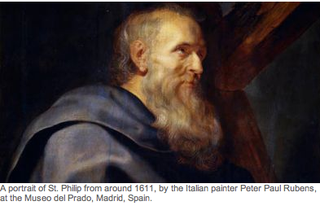 Every once in awhile we see a cool story that we just have to share with you.  Today, Fox News is reporting that the tomb of the Apostle Philip has been discovered in Turkey.  As you may recall, Philip was from the town of Bethsaida.

Tradition says that Philip may have been beheaded or crucified upside down.

Click here to read the story of how the Apostle Philip's tomb was discovered.

Two pastors, others charged with ‘spreading a foreign religion’ and ordered to cease worship.

DUBLIN, July 26 (CDN) — Authorities in a village in northern Laos have ordered all Christian residents to cease meeting for worship in private homes following the arrest of four Christians on July 10, rights advocates said.

Also on July 10, police arrested a Christian in Luang Prabang Province, ordering him to abandon his faith or face imprisonment, according to a statement from the advocacy group Human Rights Watch for Lao Religious Freedom (HRWLRF).


In Luang Namtha Province, Pastor Seng Aroun of Kon church in Namtha district, and three other Christians from Sounya village church identified only as Souchiad, Naikwang and Kofa had met at Kofa’s house for Sunday worship on July 10, HRWLRF reported. Kofa had also asked them for advice regarding a vehicle accident in May in which he had unwittingly caused the death of another person.


After the service, provincial authorities arrested all four men and detained them at Luang Namtha’s provincial prison. On July 13 they released all but Pastor Aroun, who remained in detention at press time, and ordered all Christians in Sounya village to cease meeting in private homes for worship, according to HRWLRF.

Click here for the full story at Compass Direct.