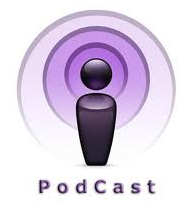 We are very happy to let you know that we have posted our final Persecution Podcast for 2010.  Please listen and share with us what you are learning.

Algeria
Four Christians were given suspended prison sentences recently for opening a place of worship without a license in the eastern region of Kabylia, Algeria, according to Asia News. The Christians, a Protestant clergyman and three of his parishioners, were convicted under a controversial 2006 law. The law requires that anyone who wants to set up a place of worship, whether Muslim or non-Muslim, must obtain a permit indicating the name of the place of worship and the name of the pastor. Some believe this law violates Algeria’s constitution, and this is the first time the law has been enforced. Three of the men, Abdenour Raid, Nacer Mokrani and Idir Haoudj, received two-month prison sentences. The fourth, Pastor Mahmoud Yahou, was sentenced to three months in jail and fined almost $3,600 (U.S.) for illegally sheltering a foreigner. Pray that God will encourage these believers, that the ministry of churches in Algeria will flourish and that the gospel will be preached throughout the nation.
Somalia
A 17-year-old girl who converted to Christianity from Islam was shot to death recently in an apparent “honor killing” in Somalia, according to Compass Direct News. Nurta Mohamed Farah, who had fled her village to live with relatives after her parents tortured her for leaving Islam, died on Nov. 25, according to the Compass Direct report. “Area sources said they strongly suspected that the two unidentified men in Galgadud Region who shot her in the chest and head with a pistol were relatives or acting on their behest,” Compass reported. Pray that God will use Nurta’s testimony to draw non-believers into fellowship with him, and pray for the protection of all believers in Somalia.

This week’s speaker shares details on the difficulties North Korean Christians face living in and defecting from their home country.