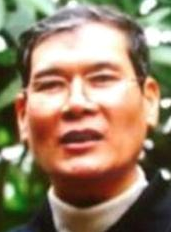 Update on Father Nguyen Van Ly who is one of the prisoners on the Voice of the Martyrs Prisoner Alert page.

Father Nguyen Van Ly was recently released from prison and taken to a Church-run home to receive medical treatment, according to the Union of Catholic Asian News (UCA). UCA reported that at the request of Father Van Ly's relatives, "prison officials allowed him to temporarily stop serving his sentence to get medical treatment at the home for retired priests for one year." Father Van Ly has already served three years of his eight-year sentence. Thank you for writing letters of encouragement to Father Van Ly.


We encourage you to continue writing letters to believers in prison.  Click here to see all of the prisoners that you may write to and encourage.