Voice of the Martyrs Prayer Calendar 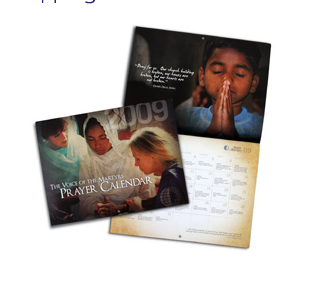 I've been wanting to tell you all about this all week and so today I am finally going to do it.  I LOVE MY VOICE OF THE MARTYRS PRAYER CALENDAR!!!

Okay, I said it.  Seriously, I LOVE this years calendar and every day I look at it and read the short prayer request that is on it.

For example, today's prayer request is this...

BANGLADESH:  Pray for fruit from VOM's Families of Martyrs fund and literature outreach.

See, short - sweet and direct.  So what are you waiting for...pray for this and then click here  to order your VOM calendar for only 10.00, you'll love it.

International Christian Concern is reporting that Saudi Arabia has arrested a Christian blogger for writing about his conversion to Christ from Islam.

What is even more amazing is that they have also blocked the Christian's blog, which is hosted by Google's free blogging platform Blogger.  If you were to click the following link, you'll find the page blocked.

Read more about this story here.

Hua Zaichen Hospitalized and Near Death

BEIJING, Jan. 29 /Christian Newswire/ -- Hua Zaichen, 91, whom authorities have repeatedly denied a final meeting with his imprisoned wife Shuang Shuying 79, was hospitalized on January 28. Sources report that officials are fearful they will be held accountable for his death because of the international attention to this case. ChinaAid urges the international community to speak out for this elderly Christian couple whom authorities have treated with cruelty and injustice.

ChinaAid contacts report that Hua Zaichen was taken to the emergency room of Beijing Dianli Hospital because he was suffering from shortness of breath. At the hospital, his heart stopped beating for a period of time, but doctors were able to revive and stabilize him. He is still having difficulty breathing. The doctor told Hua Zaichen's son, Pastor Hua Huiqi, to prepare for his father's death.

Later the same night, one Public Security Bureau (PSB) officer, Mr. Yang Guanghong, came to the hospital to check whether Hua Zaichen was still alive. Authorities feared that they could be held accountable for his death because of the international media and prayer campaign launched by ChinaAid and support by many caring individuals worldwide. Contacts report that the Beijing Municipal PSB was very angry at Pastor Hua Huiqi for releasing information to the media about their threats to him and their treatment of his mother in prison. They are also furious that Pastor Hua continually refuses to act as an informant for the PSB.

Hua Zaichen and Shuang Shuying are Christians and have been persecuted for years by the Chinese government, because of their family's work in caring for the poor and oppressed and allowing persecuted Christians to stay in their home. Shuang Shuying has suffered almost two years in prison on fabricated charges, and has been ill most of the time.

Pastor Hua Huiqi thanks all those who have already supported his parents by speaking out, praying and sending help. Pastor Hua was deeply encouraged when he heard that many caring people all over of the world had been praying for his father. He said, "No wonder we saw this miracle last night after the death valley," he said, referring to when his father came back to life after his heart stopped. "We felt the reality of the prayers from caring brothers and sisters."

Pastor Hua and ChinaAid appeal to the international community to speak out now, and asks that the authorities release his mother immediately and be allowed to meet with his father before he dies.

• Minister of Ministry of Justice: minister@legalinfo.gov.cn

• The Central People's Government of the People’s Republic of China: English@mail.gov.cn

ChinaAid grants permission to reproduce photos and/or information for non-fundraising purposes, with the provision that www.ChinaAid.org is credited. Please contact: Katherine@ChinaAid.org with questions or requests for further information.

Muslim Convert Endures Trial and Is Released on Bail 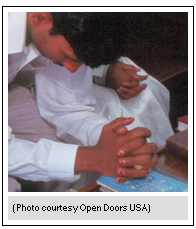 The following is courtesy of Mission Network News.

Egypt (MNN) ― The trial of Egyptian convert Martha Samuel Makkar wasn't limited to a courtroom. Open Doors USA reports that the Muslim-born believer was arrested on December 13 while trying to flee anti-Christian hostility and has faced persecution ever since.

The most recent attack came from the judge presiding over her hearing. Makkar's attorney told Compass News Direct that after questioning Makkar extensively, the judge talked with her alone.

"He said, 'Nobody changes from Muslim to Christian -- you are a Muslim,'" attorney Nadia Tawfig recounts. "And she said, 'No, I am a Christian.' He told her, 'If I had a knife now, I would kill you'".

According to Tawfig, Judge Abdelaa Hashem questioned Makkar extensively about her faith. Makkar affirmed her Christian beliefs, explained her reasons for converting, and rejected the judge's claims that converting from Islam to Christianity was impossible. Makkar was charged with forging identification documents. Egyptian law doesn't allow for legal change of one's religion on identification papers.

Twenty-four-year-old Makkar was arrested while trying to flee Egypt with her family. Makkar says that since she converted to Christianity, members of her extended family threatened her continuously and vowed to kill her. Compass reports that the family tried to flee to Russia, but Makkar's passport was listed under her Christian name. Since that name was on a list of people prohibited from leaving the country, Egyptian authorities arrested Makkar at the airport.

"They did not [arrest her] to apply the law; they did it because of hate for Muslims converting to Christianity," said Helmy Guirguis, president of the UK Coptic Association, a human rights group. "They had both [her original and Christian] names and maybe a picture before she reached the airport."

In a continued attempt to force Makkar to return to Islam, police beat and tortured her. She also reports sexual abuse and demeaning behavior. Makkar's children, ages four and two, were denied food, and her husband was held under "emergency security." He remained in prison until January 19. Based on Makkar's testimony, authorities later released her husband, along with two men accused of helping Makkar obtain false papers. Authorities later took Makkar to the Al-Qanata prison, where she faced more persecution.

Makkar was briefly released Jan. 22 on a bail of 3,000 Egyptian pounds (US$540) but was rearrested after prosecutors filed an appeal. Since the appeal failed, Makkar was allowed to return home to her husband and children this weekend pending trial. Tawfig and two other lawyers will represent Makkar before a different judge, but Tawfig isn't hopeful for less of a bias.

"I think it will be the same, because all judges are Muslim and are naturally upset about that [conversion]."

Pray that God's name and the truth of the Gospel will be spread through this situation. Pray that Makkar will not waver in her faith.

Myanmar's Christian Chin Are Being Persecuted 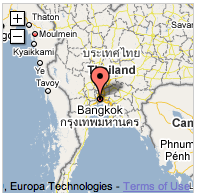 It has been a few days since I've focused on Myanmar here on the blog, and I just wanted to remind you that Christians in Myanmar are still being persecuted.  Take these two stories.

New York-based Human Rights Watch said tens of thousands of Chin flee across the border to India only for many of them to be forcibly returned home, violating their right to refuge under international law. "For too long, ethnic groups like the Chin have borne the brunt of abusive military rule in Burma," said Elaine Pearson, deputy Asia director at Human Rights Watch, referring to Myanmar by its former name. "It is time for this brutal treatment to stop and for the army to be held to account for its actions. India should step forward to protect those desperately seeking sanctuary."


The New York-based Human Right Watch said as many as 100,000 people have fled the Chin homeland into neighboring India, where they face abuse and the risk of being forced back into Myanmar.
"The Chin are unsafe in Burma and unprotected in India," a report from the group said. The report
said the regime in Myanmar, also known as Burma, continues to commit atrocities against its other ethnic minorities.

A short time ago I was listening to a great radio program where the host was trying to explain the news through the lens of scripture.  I love that type of teaching.  It's wise, it's inspirational and it's a threat to Satan because the body of Christ is being taught not only to read the Word of God, but to also apply it.

As a result, I started to pray with the following scripture in mind, because when we are being attacked spiritually, we have the freedom and opportunity to come before the Living Creator of the Universe and ask Him for help.

Today I want to encourage you with these words from the Apostle Paul...

For though we walk in the flesh, we do not war according to the flesh, for the weapons of our warfare are not of the flesh, but divinely powerful for the destruction of fortresses. We are destroying speculations and every lofty thing raised up against the knowledge of God, and we are taking every thought captive to the obedience of Christ, and we are ready to punish all disobedience, whenever your obedience is complete.

Do you have a favorite passage of scripture that encourages you?  Leave us a comment. 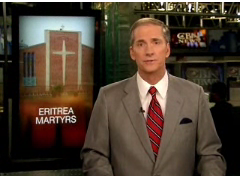 Yesterday CBNEWS.COM had this video story about persecuted Christians in Eritrea and Congo.

ISTANBUL, January 27 (Compass Direct News) – After her arrest at Cairo’s airport on Dec. 13 while attempting to flee anti-Christian hostilities in Egypt, convert Martha Samuel Makkar was granted bail on Saturday (Jan. 24), but not before a judge took her aside and said he would like to kill her, according to her lawyer. Attorney Nadia Tawfiq said Judge Abdelaa Hashem questioned Makkar extensively about her Christian faith during the hearing. Makkar explained her reasons for conversion, avowing her Christian faith and repudiating the judge’s claims that converting from Islam to Christianity was impossible. “Then he said, ‘I want to talk with Martha alone,’ so we all left the room, and he said to her, ‘Nobody changes from Muslim to Christian – you are a Muslim,’” Tawfiq said. “And she said, ‘No, I am a Christian.’ He told her, ‘If I had a knife now, I would kill you.’ [Makkar] came out crying and depressed, but at least he gave the decision to let her go free.” Makkar, 24, said police and members of her extended family have threatened her incessantly, with the latter threatening to kill her.

Some of Pastor Wurmbrand's Final Words

Government authorities in Orissa state  have shut down relief camps forcing thousands of Christians displaced by the wave of violence that began last August to flee, according to The Voice of the Martyrs contacts.

Believers have been left without adequate protection against further attacks or compensation for damages sustained. Many of the believers were threatened with violence while in the camps and fear further attacks if they return to their homes, many of which have not been rebuilt. Officials are providing some of the refugees with 10,000 rupees ($201 US) However, the sum is inadequate to meet their long-term needs and it is unlikely that many will be able to secure employment, as local Hindus often refuse to hire Christians.

Ask God to protect believers as they face potential challenges and danger. Pray that their needs are met and they find employment so they can provide for their families.